Rubbish ready for recycling - Nick Waplington/Alexander McQueen: Working Process at Tate Britain. This new exhibition presents the result of a unique collaboration between acclaimed fashion designer Alexander McQueen (1969-2010) and artist Nick Waplington (b 1965). It provides a behind-the-scenes look into one of fashion’s most celebrated names, capturing the creative journey - from sketch to catwalk - of McQueen’s seminal collection, Horn of Plenty. Highlights include: a number of large scale images taken by Nick Waplington during his access to Alexander McQueen’s studio - these feature Alexander McQueen alongside Anna Wintour, Philip Treacy, Sarah Burton and other members of his team; and these are interspersed by images of recyled rubbish to mirror the recycling of patterns and fabrics from previous designs in the collection. The exhibition runs from 10 March – 17 May 2015 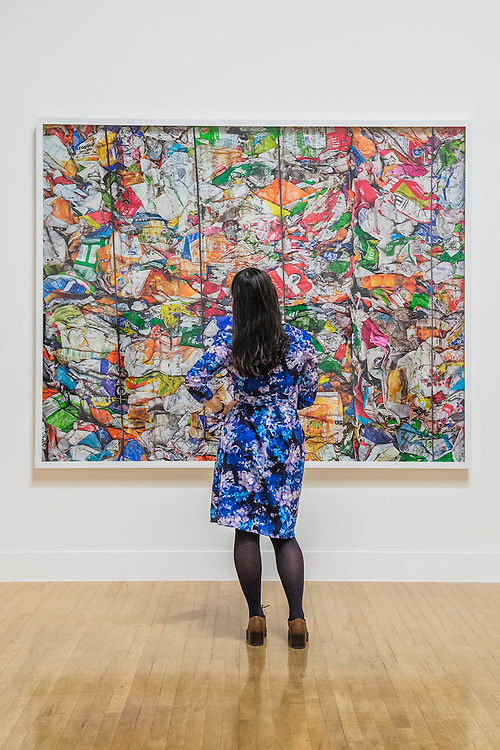