Inflated Star and Wooden Star, 2014 - a new large-scale sculpture by Frank Stella Hon RA, one of the most important living American artists (b. 1936), in the courtyard of the Royal Academy on Wednesday 18 February 2015. Standing at 7 metres tall and over 8 metres wide, it is the first time his work has been exhibited in the UK. The work will be on display until the 17 May 2015. The complex sculpture has been fabricated from aluminium and teakwood. Stella was made an Honorary Royal Academician in 1993 and his work can be found in prestigious international collections. He has been the subject of several retrospectives in the United States, Europe, and Japan, and will have a major retrospective at the Whitney Museum of American Art in New York in autumn 2015. 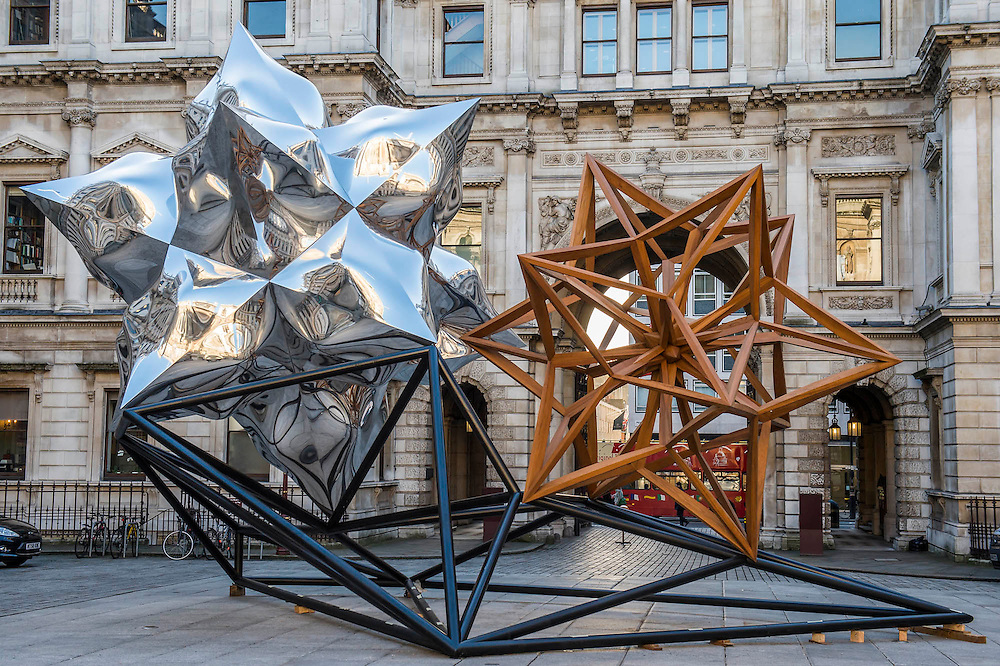