The Sheaf and Acanthus. Tate Modern’s new exhibition, Henri Matisse: The Cut-Outs, is devoted to the artist’s paper cut-outs made between 1943 and 1954. It brings together around 120 works, many seen together for the first time, in a “groundbreaking” reassessment of Matisse’s colourful and innovative final works. The exhibition opens at Tate Modern on 17 April 2014. They were collected together in Jazz 1947 (Pompidou, Paris), a book of 20 plates. And this will be the first time that the maquettes and the book have been shown together outside of France. Other major cut-outs in the exhibition include Tate’s The Snail 1953, its sister work Memory of Oceania 1953 and Large Composition with Masks 1953. The show also includes the largest number of Matisse’s Blue Nudes ever exhibited together, including the most significant of the group Blue Nude I 1952. Tate Britain, London, UK. 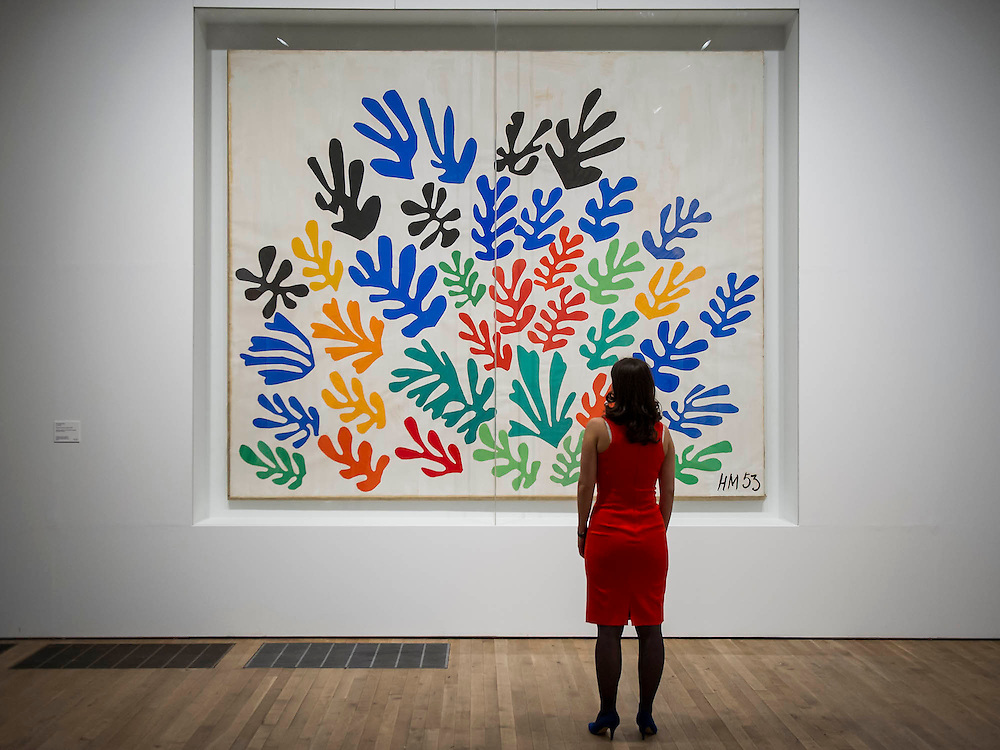