A new display including Tracey Emin's My Bed 1998, in front of six of her recent figure drawings which have been gifted by the artist to the nation. My Bed 1998 became famous when it was shown in the 1999 Turner Prize exhibition, for which Emin was shortlisted. It was made in Tracey Emin's Waterloo council flat in 1998 and was referred to by the artist as an unconventional and uncompromising self-portrait through objects - featuring the artist's own bed covered in stained sheets, discarded condoms, underwear and empty bottles of alcohol. The piece gives a snapshot of the artist's life after a traumatic relationship breakdown. The Duerckheim Collection acquired the work in early July 2014 and it is now on loan to Tate for 10 years. 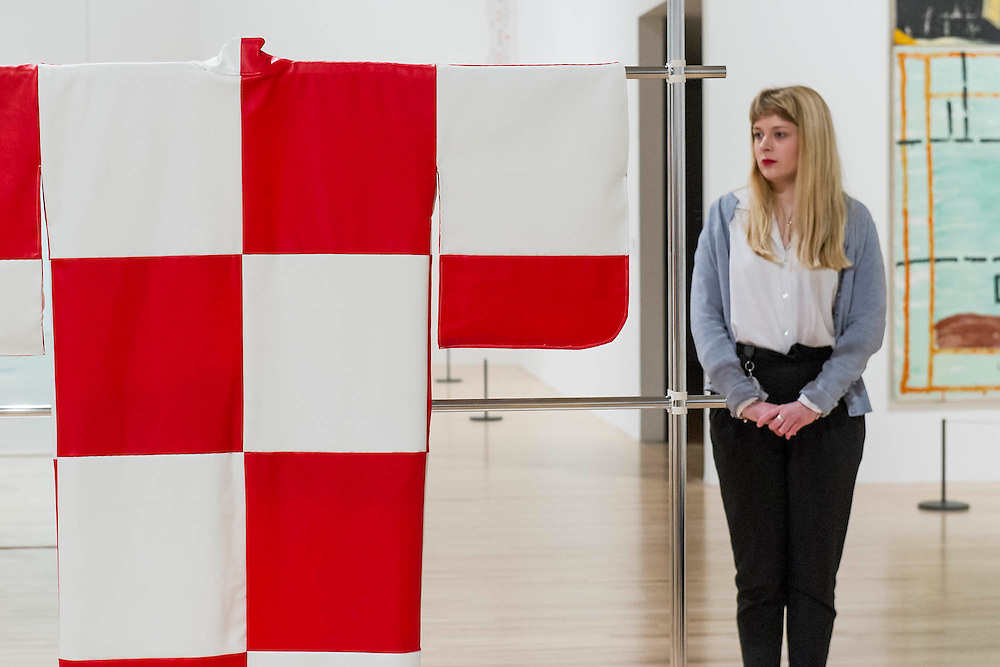