Police make arrests on Waterloo Bridge and are pointed at by performers repesenting the blood of species that will become extinct. It is mostly good humoured but some are dragged away to cheers from the remainder - Day 2 - Protestors from Extinction Rebellion block several (Hyde Park, Oxford Cuircus, Warterloo Bridge and Parliament Square) junctions in London as part of their ongoing protest to demand action by the UK Government on the 'climate chrisis'. The action is part of an international co-ordinated protest. 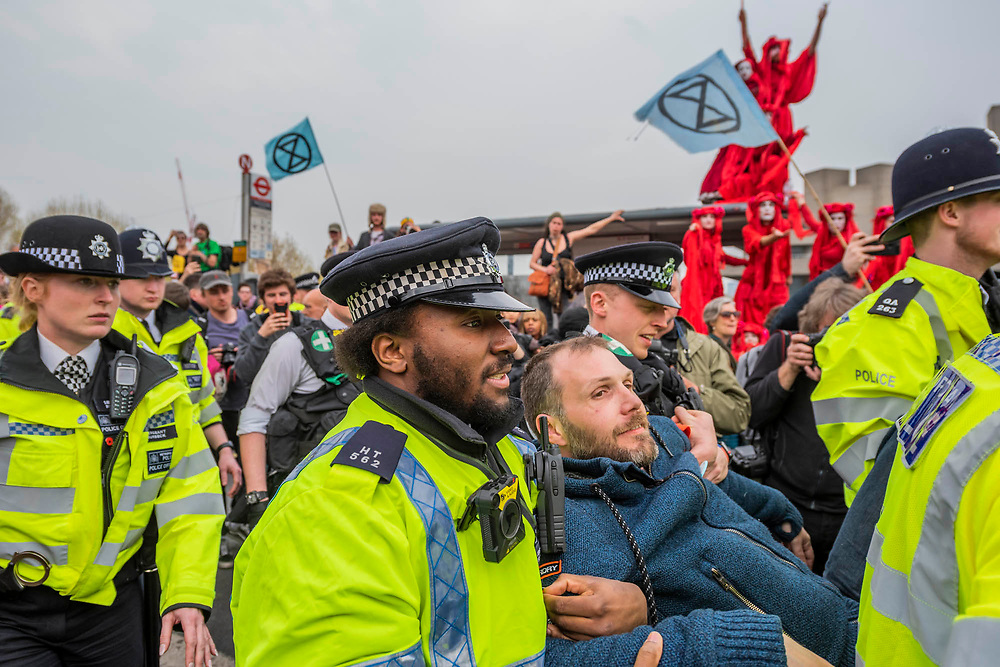