Strip 1990-2000 by Jemima Stehli - Tate Modern’s new photography show, Performing for the Camera. The exhibition examines the relationship between photography and performance, from the invention of photography in the 19th century to the selfie culture of today, bringing together over 500 images spanning 150 years. Highlights include: artist Romain Mader and his series Ekaterina, which follows Romain’s fictitious search for a bride in Eastern Europe; Amalia Ulman’s social media sensation Excellences and Perfections performed over a four month period on Instagram; and a wall of artist-designed advertising posters by the likes of Jeff Koons, Andy Warhol and Joseph Beuys. Performing for the Camera is at Tate Modern from 18 February – 12 June 2016. 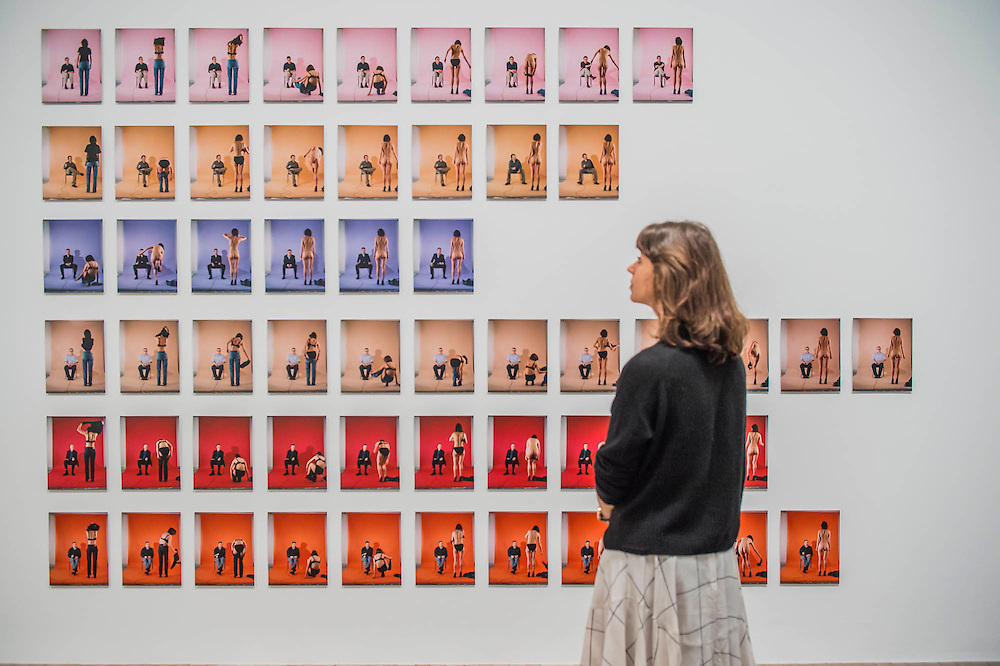