Emma Thompson (here having a paw print painted on her face), and Greenpeace UK Executive Director John Sauven, deliver a celebration speech to crowds outside Shell’s offices – in response to yesterday’s announcement by , the Anglo-Dutch oil major, Shell that it was pulling out of Arctic oil drilling. After speaking, Emma helped volunteer puppeteers move Aurora the double decker bus sized polar bear from in front of Shell’s front door. The bear has been standing there for the past month, in protest at Shell’s proposed Arctic oil drilling. Now Shell has announced its Arctic exit, the bear will be transported to Paris where the nations of the world will soon gather to negotiate a deal on climate change. 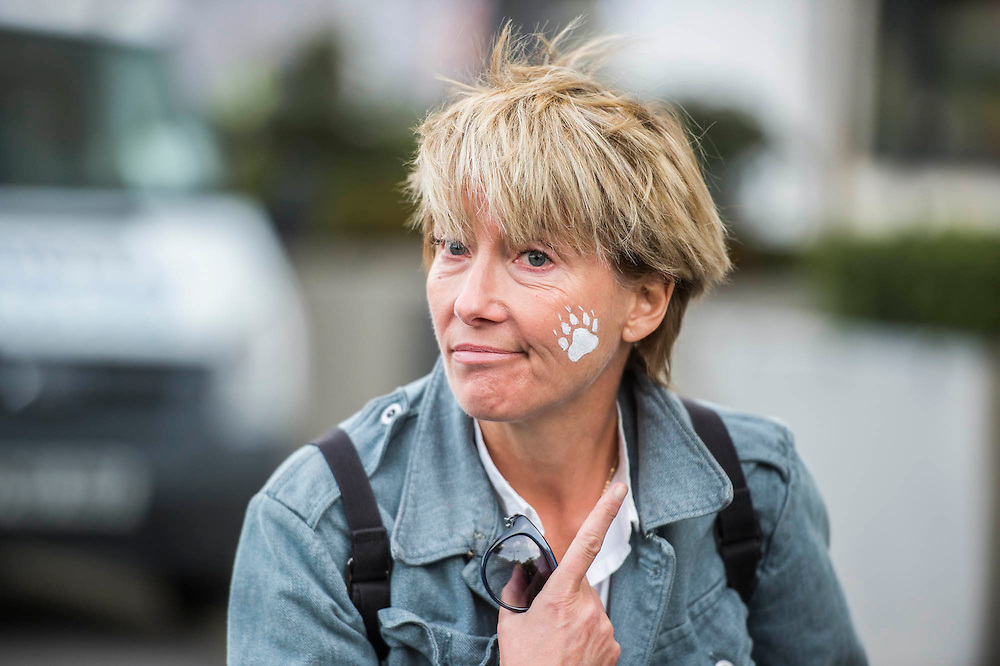