Outside the BBC a huge flag is unfurled and as the march heads off peace signs alternate with pointing and chanting - Shame on you. Stop the 'massacre' in Gaza protest. A demonstration called by the Palestine Solidarity Campaign (PSC). They assembled at the BBC offices in Regent Street and marched to The US Embassy and on to a rally in Hyde Park. They called for "Israel's bombing and killing to stop now and for David Cameron to stop supporting Israeli war crimes". London, 09 Aug 2014. 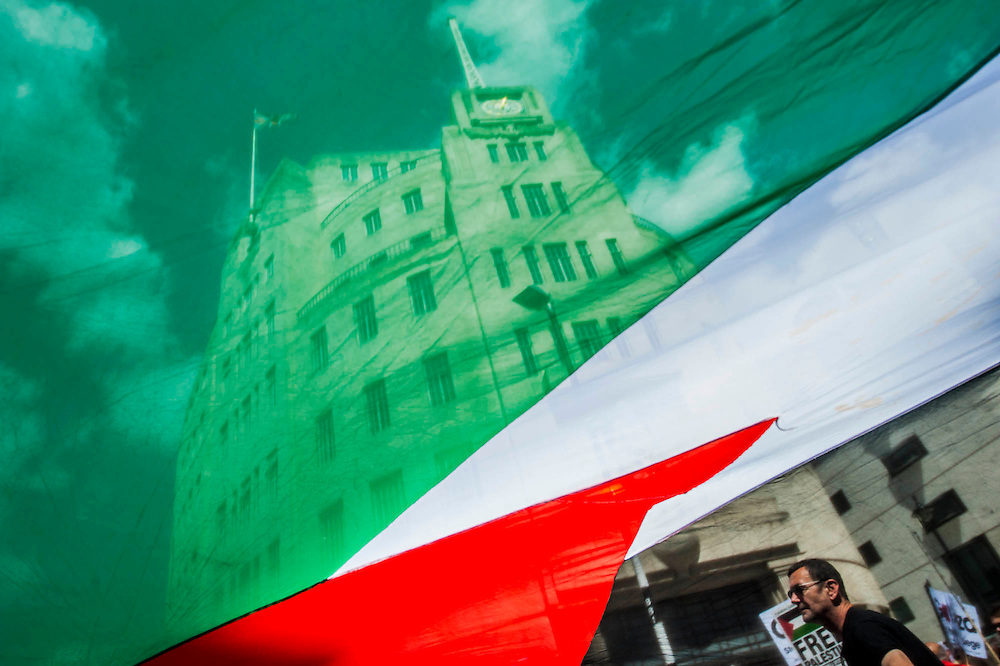