John Singleton Copley’s The Death of Major Peirson, 6 January 1781 1783 - Fighting History, an exhibition celebrating the enduring significance and emotional power of British history painting at the Tate Britain. The exhibition looks at how artists have transformed significant events into paintings that encourage us to reflect on our own place in history. The works in the show range from huge oil paintings from the 18th century to a recent work by Malcolm Morley which includes a canon from HMS Victory protruding from the canvas. Highlights include: John Singleton Copley’s The Death of Major Peirson, 6 January 1781 1783, a dramatic battle scene which is approximately 4 metres wide by 3 metres high; Dexter Dalwood’s famous work The Poll Tax Riots 2005 which shows a sea of angry protesters surging down Whitehall towards Big Ben; Allen Jones’ The Battle of Hastings 1961-2 juxtaposed with Philip James de Loutherbourg’s The Battle of the Nile 1800; Malcolm Morley’s Trafalgar – Waterloo 2013, a large triptych depicting Admiral Lord Nelson and the Duke of Wellington separated by a 3D cannon from the HMS Victory in the central panel. Fighting History is at Tate Britain from 9 June to 13 September 2015. 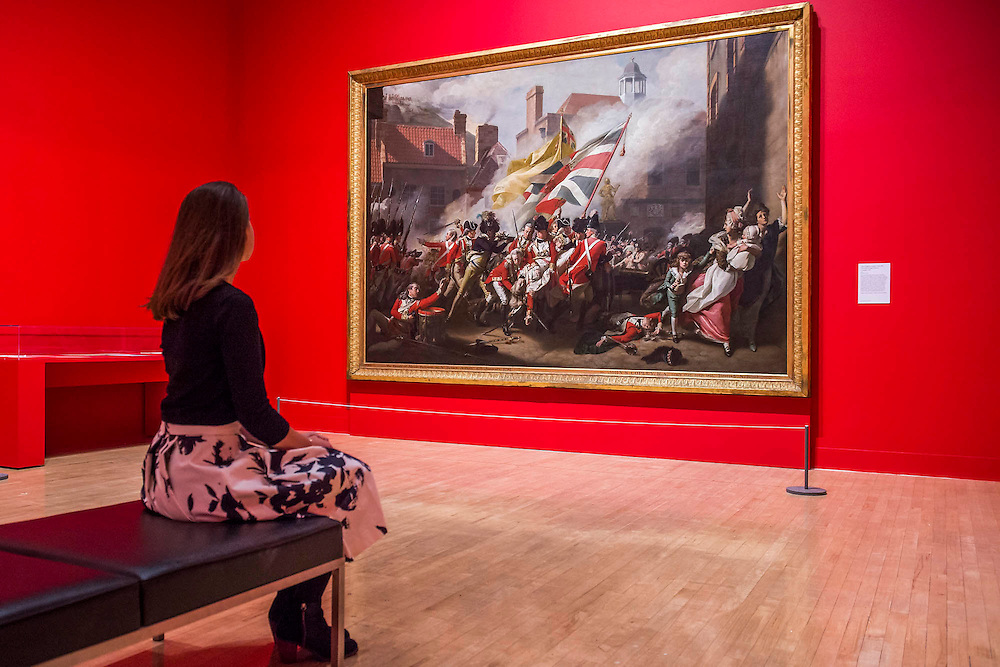