Designing a Moment: The London 2012 Cauldron at the Museum of London, UK

Heatherwick’s London 2012 Cauldron goes on display in a purpose built Museum of London gallery - The Cauldron, designed by the Heatherwick Studio, for the London 2012 Olympic Games included 204 unique copper elements, each alight and representing every competing nation. They were arranged in a concentric formation at the tips of slender mechanised steel stems. Slowly pivoting sequentially, they converged to form the Cauldron.

In the courtyard of the museum, a bespoke new pavilion has been specially built by Stage One - the creative engineers behind the London 2012 Cauldron. The exhibition has been designed by the creative consultants, Drinkall Dean. On show are two sections of the Cauldron – including the original steel stems and test versions of the copper elements. One section presents the Cauldron in an upright position, as it was for the majority of both Games. The other is the Cauldron in an open formation, as if frozen at that climactic defining moment of the opening Olympic ceremony. The room pens Friday 25 July 2014. 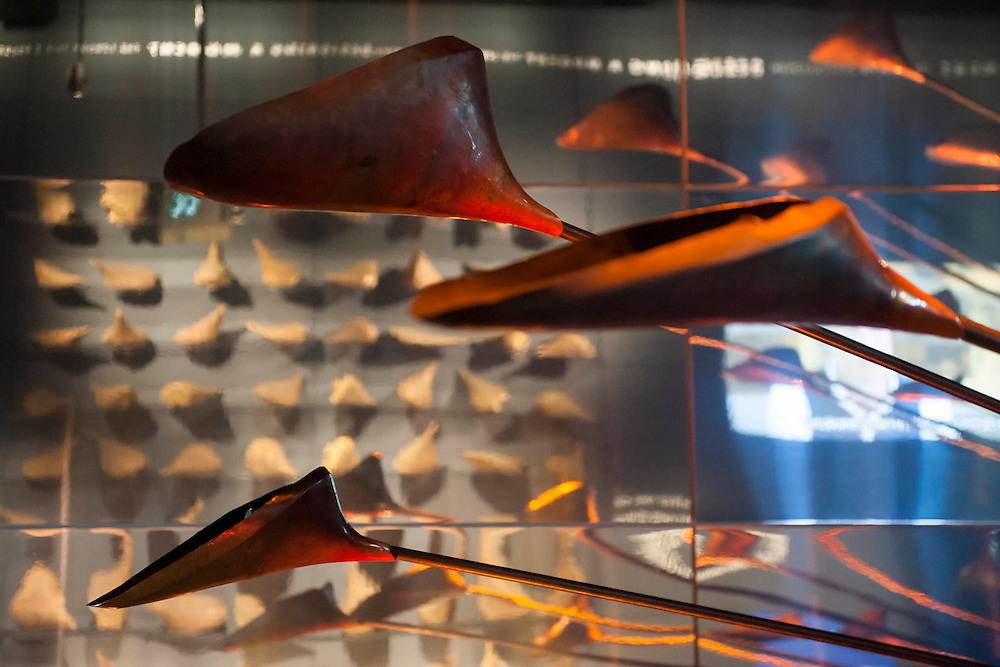